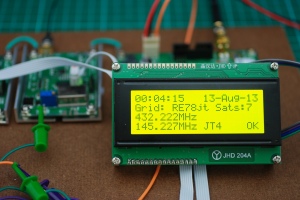 It has been a while since I have posted updates to this site.

Behind the scenes I have been working on a new project which will drive several beacons as part of a project for the Wellington VHF Group.

It is still in the development stages, but it has been running for several weeks without any faults.   The next stage is to run some on-air tests near the end of August 2013.

More information on the project can be found here