It has been several years since my source of new-old-stock 26MHz OCXO’s dried up.   For those who we lucky enough to purchase a ZLPLL in the early days they are now sought-after for demanding WSJT and microwave projects.

Behind the scenes I have been testing various surplus oscillators from Trimble, Oscilloquartz and Morion which have all been great performances but the warmup time and physical size didn’t make them as attractive for portable operation.

It reached the point where I was about to release a PCB which could accommodate the popular footprints:

But when a number of CTS Oscillators appeared on the surplus market I sourced a batch to trial.  Based on my testing they perform better than the 26MHz DIP OCXO package from days gone by, and as good as the seconds hand oscillators I have previously been trialing. 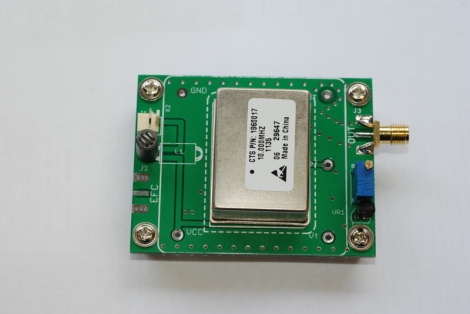 The picture shows the OCXO on the universal PCB which is same size PCB as the ZLPLL.

I have since made 2 improvements to reduce the board size to 45mm x 50mm and move the output connector so the it can but against a ZLPLL board as the external reference.

Unfortunately the size is 4 times larger than the DIP14 package so it is not possible to directly accommodate it on the 65mm x 50mm ZLPLL – but I have not given up on the front yet! 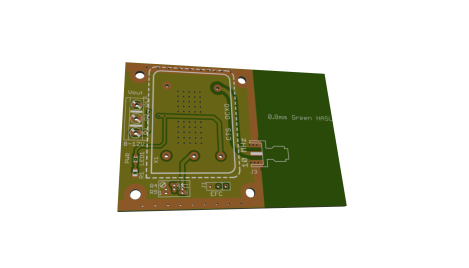 This is the Gerber view of the revised PCB which will arrive at the end of March along with more bare ZLPLL boards.  Initial supply will be limited until I can prove the thermal design is sound before I order a larger quantity of boards .

Because of the small component count (mainly 0805 SMD) it will be offered in kitset form.  More details to follow when PCB’s arrive.

Note that ZLPLL Boards will also be back in stock at the end of March.