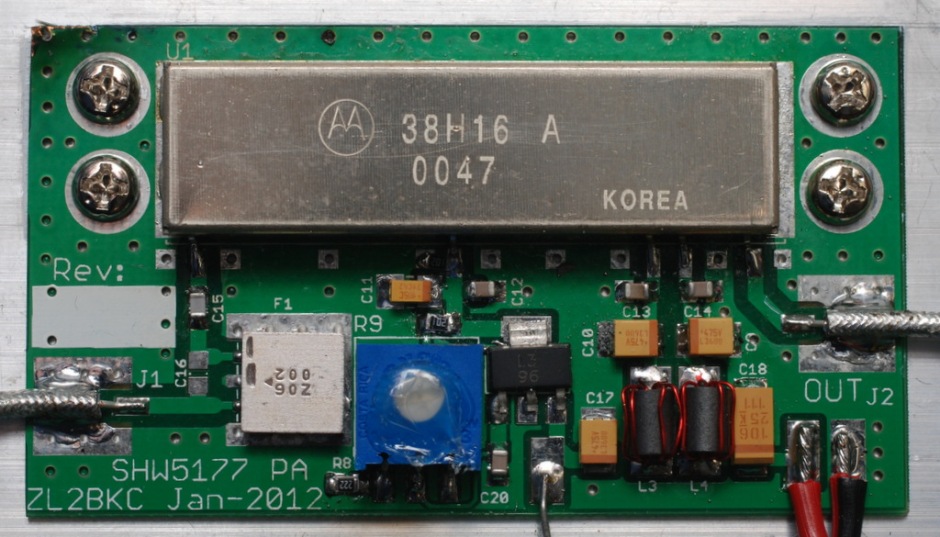 This is a SHW5177 Power Amplifier as used in my 925MHz Transverter.

A word of warning:  there are several published designs for the SHW5151 or SHW5177 module, but they all exceed 5V of bias voltage which saturates the power transistor to the point it blows bond wires (and reduces power) until it meets it quiescent conditions!

To maximise the use of the spare PCB area I also added a ATF54143 preamp for 925MHz or other frequencies by bypassing the filter to the same board which is cutoff after manufacture.  There have been several improvements to this design to improve stability.

Full details of both board are contained in the following document: